Stuff the Bus and Christmas Parade

Stuff the Bus and Christmas Parade 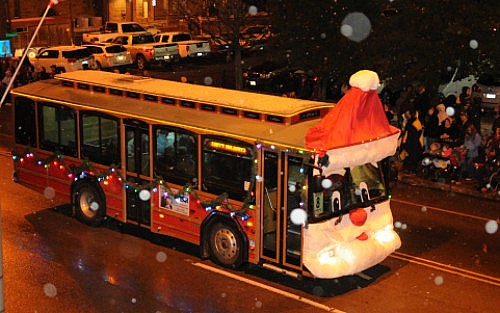 Be sure to check out the Transit Authority’s Santa Trolley bus in the Annual Spirit of Christmas Parade on Saturday, November 27th. Before the parade stop by the People’s Building on Main Street for Stuff the Santa Bus from Noon until 3PM. The Transit Authority in partnership with the Butler Media Group, and Salvation Army will be collecting unwrapped, new toys, children’s clothes size 5-14 and nonperishable food goods.

If you can’t make it on Saturday the Santa bus will also be collecting items Sunday, November 28th at the Butler Target from 10:00 AM until 5:00 PM. Items can also be dropped off at the Authority's downtown Butler Bus Terminal at 128 West New Castle St.

All donations will benefit the Salvation Army and the local community.

The Transit Authority wishes everyone a safe and happy holiday.