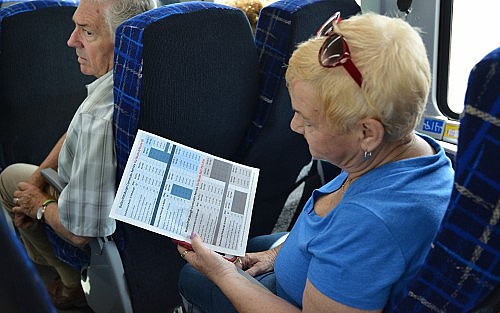 With the changes, BTA will have a bus leaving Pittsburgh every half hour in the afternoon. Route 3 leaves the Allegheny T-Station on the North Shore at 4:00 PM, Route 1 leaves downtown Pittsburgh at 10th and Liberty at 4:30 PM, Route 4 leaves the Allegheny T-Station at 5:00 PM and Route 2 leaves 10th and Liberty at 5:30 PM. With the leave times a half an hour apart and free rides on the light rail T, BTA hopes passengers will find a route suitable for their work hour needs.

In addition to the afternoon time changes, a supplementary run has been added in the morning. Route 3 will return back to the Park n Ride at Route 528/I-79 at 7:20 AM and will return to Pittsburgh for an 8:00 AM drop off.

In other commuter news, BTA will be introducing mobile ticketing in the near future. BTA has partnered with Token Transit to provide a simple and easy fare payment method. Passengers will be able to create an account through the app and use their mobile phone as their pass. Additional details will be coming soon.