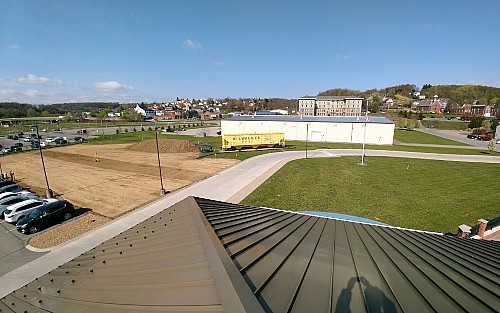 The new park n ride lot will add an additional 47 parking spaces for commuters. It is being constructed adjacent to the Authority’s current parking lot which will see a 24-space expansion. Two bus shelters will also be added to the new bus boarding area.

The facility expansion includes a new passenger waiting area and training room. The new wait area will include display cases that feature memorabilia from Pullman Standard. The Authority’s facility is located on the site of the former Pullman-Standard Railcar company. A restored covered Pullman Standard hopper car permanently resides on the Authority’s grounds.

Outside the waiting area, three new flag poles will be displayed. The United States, Pennsylvania and a flag commemorating Pullman Standard will be flown.

The project is anticipated to total nearly $3 million with 80% of funding coming from the federal government and the other 20% from state and local sources.

The project is expected to be completed within one year.